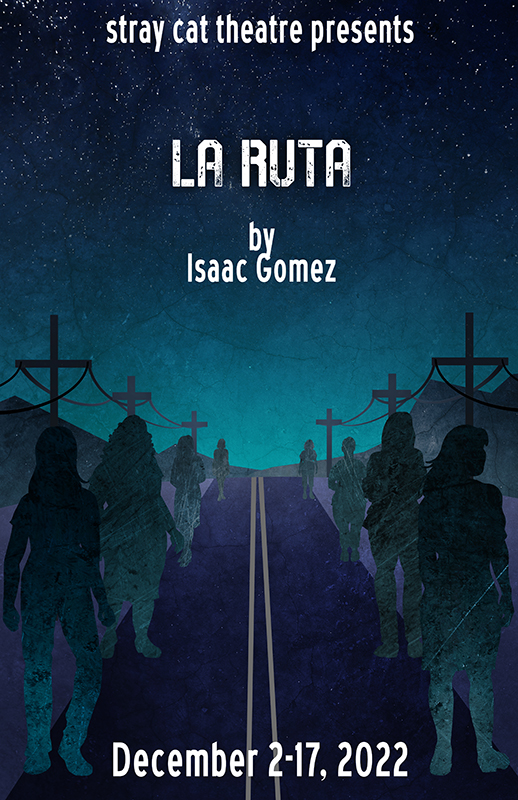 For at least two decades, the women of Juárez, known as “the capital of murdered women,” have been disappearing along the bus route to and from the U.S.-owned maquiladoras where they work. Despite the dangers, the promise of opportunity and paid jobs forces them to make the trip along la ruta as they struggle to support their families. The play shifts back and forth through time following the story of two mothers, Yolanda and Marisela, as they fight to uncover the truth about their missing daughters.

Contains mature content and discussion of violence against women.

“Bold, beautiful and timely piece of art...La Ruta is a must-see.” – Broadway World

Season tickets are offered as benefits of donating beginning at the $500 level.